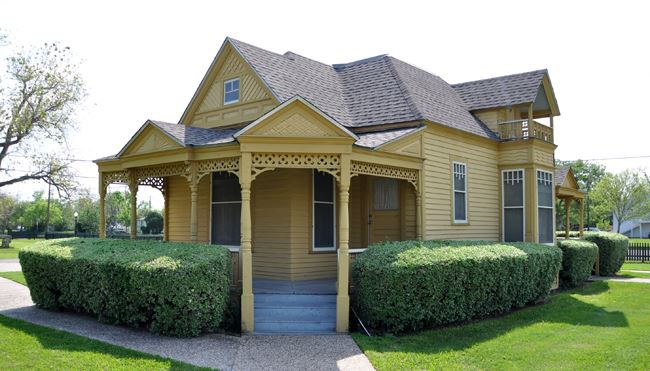 The Moore Home is a beautiful Victorian cottage that housed one of the more prominent families of Texas City that helped shape the path of our city's growth.

Mr. William Moore was born in Canada in 1861. After a visit to Texas City he saw the tremendous potential of the area and decided to make his home here. He was in the lumber and marine business and was involved in the building of the Galveston Causeway and also the installation of the foundation for the Texas City Dike. He was also one of the original directors of the Texas City National Bank.

One of his daughters, Margaret Moore Noble, was the first woman Chief Executive Officer (CEO) of a bank in the State of Texas and was married to a Texas City Mayor, E.L. Noble.

The house was built at another location in Texas City and later moved here and restored. The furnishings inside the house are not the original but were hand-picked by the Heritage Association to be consistent with those times.