Create an Account - Increase your productivity, customize your experience, and engage in information you care about.

The Texas City Dike juts out into Galveston Bay on the easternmost end of Texas City. The dike is parallel to and north of the 50-foot deep, 600-foot wide Texas City Channel, which allows shipping traffic to access the Port of Texas City. The dike's structure consists of a 28,200 foot long (approximately 5.34 miles) pile dike paired with a rubble-mound dike that runs along the south edge of the pile dike (U.S. Army Corps of Engineers, 2007). The Texas City Dike was built to protect the Texas City Channel from cross currents and excessive silting, although the channel must still be dredged frequently to prevent shoaling in the waterway.

Originally authorized by the River and Harbor Act of 1913, construction of the dike was sponsored by Texas City but was built by the U.S. Army Corps of Engineers Galveston District. The first version of the dike was timber pile construction, built for a cost of $1.4 million and completed in 1915. After construction, material collected from dredging the Texas City Channel was repeatedly deposited on top of the timber pile dike, but it eventually washed back out into the water; to prevent this problem, the Corps added a rubble-mound formation to the supplement the existing dike in 1931 to 1932.

Colonel Hugh Moore and other Texas City leaders continued to try to convince the Corps of Engineers to build permanent bulkheads that would prevent washout and allow the dike to be used as a public beach and recreation area. The Corps of Engineers was not amenable to his requests, so Moore's wife, Helen Moore, who was a member of the Texas House of Representatives, took up the issue with the Texas Legislature. In 1931, she gained passage of a state bill that patented a 1,000-foot-wide strip of land with the old U.S. Corps of Engineers timber pile dike at its center to the City of Texas City. The patent included all submerged lands and tidal flats located within the 1,000 foot strip.

In the late 1930s the Works Progress Administration paid for some dike maintenance and built a roadway on the dike. Colonel Moore continued to lobby the Army Corps of Engineers to improve the dike so that the city could use it for recreational activities, without much success. The City of Texas City and the Works Progress Administration continued to patch the dike, at times filling in eroded areas with scrap automobile bodies, rock, broken brick, and waste from the city dump in an attempt to break wave action and prevent further erosion to the dike, but their efforts were only temporarily successful.

An application to build a new retaining wall and dike was submitted for review in September 1945 because of the continual erosion on the north side of the dike (Texas City Board of Trade, personal communication, September 1, 1945). 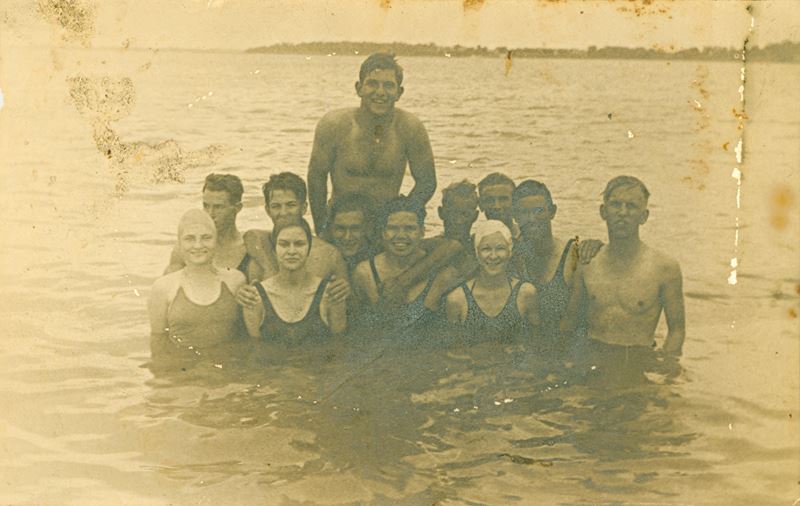 There were continual renovations made to the dike over the next three decades, including patenting an additional strip of land at the eastern point of the Dike in 1963. In 1977 a plan was put forth to widen the channel from 100 feet to 1,200 feet; deepen it from 34 feet to 40 feet; and widen the entrance from 250 feet to 400 feet (Vander Bosch, 1977, p.2). By 1995 there was a 600-feet lighted fishing pier that offered some of the deepest water pier fishing on the Texas coast (Acker, 1995, p. 21). Many tourist advertisements claim the Texas City Dike as the world's largest fishing pier. The Texas City-La Marque Hurricane Flood Protection System, an interconnected system of levees, pump stations, dike and seawall sections, was dedicated in 1987. On March 25, 1995, a historical marker was dedicated at Anchor Park for the Dike.

On September 13, 2008, Hurricane Ike made landfall at Galveston (Drye, 2008, n.p.). The storm travelled up Galveston Bay with 110-mph winds and a 25-foot storm surge. Although the Texas City Dike remained structurally intact and was cleared of debris immediately after the storm, the recreation and business facilities were washed away by the storm surge. The pilings for the dike remained, but much of the road and shoulders were washed away. Texas City and Galveston County worked with the Federal Emergency Management Agency (FEMA) to obtain federal funding to repair and renovate the Dike and surrounding areas (Tompkins, 2008, n.p.). The Dike was closed to the public for two years after the storm while the structure was repaired.

On September 11, 2010, the Texas City Dike re-opened to the public. A $5 entry fee for non-city residents was instituted to assist in defraying the cost of maintenance and future improvements to the Dike. The cost of the effort to clean up storm debris after Hurricane Ike totaled $1.5 million. City staff restored many of the boat ramps and picnic shelters at an estimated cost of $250,000, while the $4.1 million cost of repairing the dike road was covered jointly by FEMA, Galveston County and the City of Texas City. Subsequent to the storm, Galveston County signed over all rights and ownership of any easements and rights to the road to the City of Texas City.

The dike currently boasts four boat ramps, ten concrete picnic shelters and one wheelchair accessible pier. The city installed solar-powered lights and performed additional repairs on piers and ramps with the assistance of a grant from the Texas Parks and Wildlife Department. Prior to its closure after Hurricane Ike, the Dike's Samson-Yarbrough ramp was the busiest on Galveston Bay (Aulds, 2010), and the dike as a whole was the second-busiest boat launch site in the state. 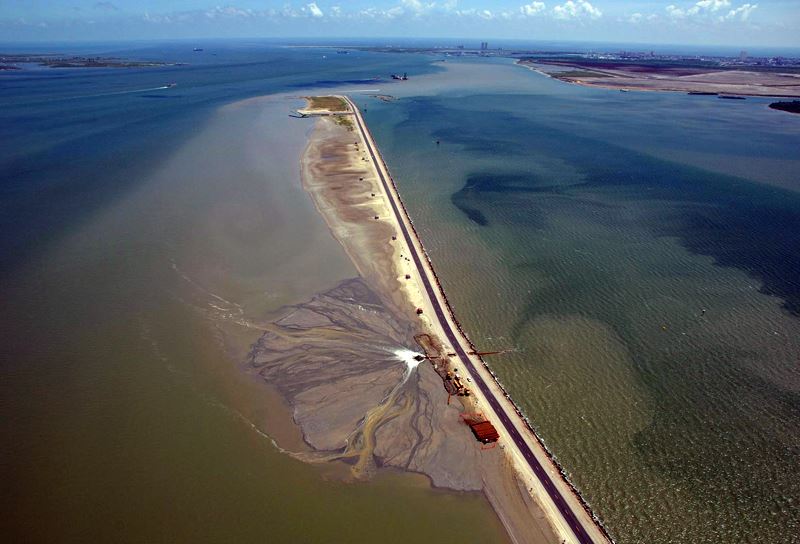